Due to the COVID-19 pandemic, most groups and activities have been postponed or moved online and many community services are operating differently. Please contact services by email or telephone, or visit their websites, to check on current arrangements. Find the latest local information on Coronavirus at www.derbyshire.gov.uk/coronavirus

All things Carers Allowance: check you're still entitled, avoid over payments & what to do if you've been asked to pay back

According to Carers UK’s 2019 ‘State of Caring’ report, 39% of carers suffer financial hardship and 73% of carers in receipt of Carers Allowance are unable to afford to save for retirement.

In addition many carers find that navigating around the benefits system and working out entitlement to benefits such as Carers Allowance isn’t easy, which is why we’ve put together this short blog to help you make sense of it all.

Getting help with benefits

In Derbyshire we’re fortunate to have the Derbyshire Welfare Benefits Service. The team run a helpline and can even support people at tribunals and appeals. If you need advice give them a call on tel: 01629 531535 between 11.00am and 4pm on Mon, Tues, Thurs, Fri or email:  welfarebenefits@derbyshire.gov.uk

Carers can claim £66.15 per week Carers Allowance if they are 16 or over, earn no more than £123 per week and provide at least 35 hours of care a week. You do not have to be related to or live with the person that you care for to qualify.

If you're paid Carers Allowance or the 'carer element' of Universal Credit, it can sometimes affect certain benefits that the person you care for receives and can make them worse off. So it's advisable to get some advice before making a claim for Carers Allowance by speaking to the Welfare Rights Team on tel: 01629 531535, between 11am and 4pm, Mon, Tue, Thurs, Fri or email: welfarebenefits@derbyshire.gov.uk

If a carer earns just £1 over £123 net per week they lose all their entitlement to Carers Allowance (for the week/s they were paid over £123).

There is no taper - so if a carer earns £122.50 per week they are entitled to Carers Allowance of £66.15 a week, but if they earn £123.50 (just 50p over the threshold) they don't receive any Carers Allowance at all. With some benefits earning just over a threshold may still entitle you to a part payment of the benefit, you just wouldn't get the full amount. But Carers Allowance doesn't work this way, which adds to the risk of over payments being made.

This means that if you were to get a pay rise of just a few pence an hour it could put you over the Carers Allowance threshold without you realising.

There have been a few cases recently, where through an honest mistake, carers have not reported the increase in their income to the Department for Work and Pensions (DWP) and continued to claim Carers Allowance.

Why carers might not realise they are earning over the £123 per week Carers Allowance threshold: 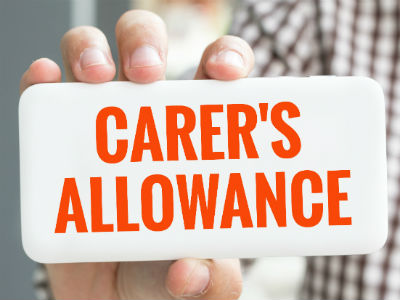 How to avoid over payments of Carers Allowance

Deductions from your earnings

When working out if you earn over £123 a week it’s important to note that the DWP allows carers to deduct the following from their earnings before they are assessed as being above or below the £123 a week Carers Allowance threshold:

When carers haven't informed the DWP of an increase to their income, and continued to receive Carers Allowance, the DWP have treated such cases as an 'over payment' and in some circumstances carers have been asked to pay back thousands of pounds.

Although in theory the DWP should be spotting any errors, as it has access to data from other departments such as HMRC, due to ongoing problems with systems and staff shortages there have been significant backlogs in the checking process.

The DWP estimates that it overpays £160 million in Carers Allowance every year!

The Parliamentary Work and Pension’s Committee are conducting an inquiry into the over payment of Carers Allowance. They have been looking at how over payments should be managed as they recognise it's causing carers and families considerable anguish when they are asked to pay money back.

“Carers are damned if they do, damned if they don’t: penalised as soon as they earn even a pound over the threshold, and punished by the Department’s (DWP) own administrative failures and hopelessly outdated systems. The Department sets itself no targets for tackling fraud and error for individual benefits, yet jumps on struggling carers for every honest mistake.

DWP has got its priorities all wrong. Bullying carers is no way to recognise, much less support, the invaluable contribution they make to our society and the people they care for, or the hundreds of billions of pounds they save the taxpayer. Will the Government now please get off the back of carers? They have important work to do.”

The Work and Pensions Committee released a report on 2 August which called on the DWP to reassess its approach and consider writing off debts caused by over payments of Carers Allowance. You can find the report and more about the work of the committee on the Parliament UK website.

Seek advice – get in touch with the Derbyshire Welfare Benefits helpline as soon as possible to get professional advice. You may appeal against an over payment decision and the Welfare Benefits Team can support you with this.

Don’t delay seeking advice – you normally have one calendar month to challenge a decision, but more time can be allowed if there are good reasons.

Contact your MP - If you feel the over payment request is unfair you can write to your MP to complain. You can find out who your local MP is on the Parliament website.

Derbyshire MP's Ruth George (Labour, High Peak) and Nigel Mills (Conservative, Amber Valley) are both members of the Work and Pensions Committee and have been involved with the Carers Allowance inquiry. You can read Ruth's comments about the inquiry and the contribution carers make to society on the Parliament UK website. 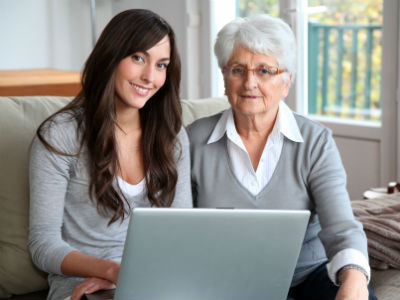 Carers who are pensioners

If you receive a State Pension you are unlikely to receive a payment for Carers Allowance but, by claiming it, you may gain increases in other benefits you receive. Find out more about this in Derbyshire Welfare Rights Service’s ‘Carers Allowance – Pensionable Age’ factsheet.

Make sure you're not missing out on Pension Credit

It’s estimated that around 17,000 Derbyshire pensioners are entitled to, but not claiming, Pension Credit, with the take-up rate for those aged over 75 at only 60%.

Many people think they aren’t eligible, but eligibility isn’t just dependent on your income and it only takes a few minutes to check.

Busting myths: you could still qualify for Pension Credit if:

To find out more and see if you can claim, contact the Welfare Benefits helpline on 01629 531535 between 11am and 4pm Monday, Tuesday, Thursday, Friday or request a call back using their online form.


Get our carers newsletter and blog posts delivered to your inbox